If you are looking for a good e book to buy and you don’t want to spend to much money and you love crime fiction, then this is the book for you and it’s only £1.39 on Amazon Kindle.

When the body of a red-haired young man is washed up on the shore of the beautiful Isle of Mull, Detective Superintendent Lorimer’s tranquil holiday away from the gritty streets of Glasgow is rudely interrupted. The body has been bound with twine in a ghoulishly unnatural position and strongly reminds Lorimer of another murder: a twenty year old Glasgow case that he failed to solve as a newly fledged detective constable and which has haunted him ever since.  As local cop DI Stevie Crozier takes charge of the island murder investigation, Lorimer tries to avoid stepping on her toes. But as the similarities between the young man’s death and his cold case grow more obvious, Lorimer realises that there could be a serial killer on the loose after all these years.  As the action switches dramatically between the Mull murder and the Glasgow cold case twenty years earlier, Lorimer tries desperately to catch a cold-hearted killer. Has someone got away with murder for decades?

Emma Kavanagh was born and raised in South Wales. After graduating with a PhD in Psychology from Cardiff University, she spent many years working as a police and military psychologist, training firearms officers, command staff and military personnel throughout the UK and Europe. She lives in South Wales with her family.

1. How did you get started writing?

I’ve written for as long as I can remember, although for a long time I didn’t really think that I could make a career out of it. But then, after running my own business for a number of years, a story appeared in my head. I decided to see if I still had it in me to write. Turns out, I did.

2. What drew you to write a crime novel?

I’m interested in crime generally. One of my biggest passions is the way in which people deal with traumatic situations, and few things are more traumatic than being the victim of a crime. I wanted the opportunity to dissect a major crime and take a look at the impact it would have on those affected by it.
3. Which writers past or present have influenced your style of writing?
One of the writers I most aspire to is Agatha Christie. Her plotting is absolutely sublime. When I’m a grown up, I want to be able to lay out a book the way she does.

4. When you first started writing did you find it hard to get publisher interest?
Finding a publisher is always tough. It’s a tough industry. It took me writing two books that weren’t quite up to standard before I finally managed to get a publication deal with my third – After We Fall. I think that’s the most important thing to remember about becoming an author – your most valuable asset will be your persistence.

5. There are many interesting characters in your Novels, do you have a particular favourite one?
Ooh, that’s like asking me to choose my favourite child! If I were forced, I would probably say Freya. I like her drive and her willingness to look at things others are too afraid to face.

6. What kind of research have you had to undertake for your Novels?
I spent a long time researching airplane crashes, particularly the psychology involved in them. I also had to make sure that what I was writing was factually plausible, so I spent a lot of time talking to a number of airline pilots and air crash investigators.

7. Are the characters in your books based on any real life?
No! I tried this, when I first started writing. But the problem with basing your characters on real people is that they then never get the chance to grow into the characters they are supposed to be. They are too curtailed by the person you have based them on.

8. What do you think makes your novels stand out from all the other Crime Fiction Novels out there?
My novels are very character based. Everything stems from the people in them and they are generally more about the people than about the crimes themselves.

9. Do you see any of your characters personality in yourself and vice versa?
I think it’s inevitable that each of our characters have some of our traits as an author. That is part of the joy of writing – you get to explore those aspects of your personality that are less obvious.

10. If you can, would you give us a sneaky peak into any future novels you have planned.
My second book, Hidden, has just been released in the UK. Hidden tells the story of a mass shooting, following four characters (including the shooter) in the days leading up to this disaster, and looks at what can push people to make such horrific choices.

11. Out of your two novels, do you have a favourite scene and why
The opening scene in Hidden is one of my favourites so far. It begins with the aftermath of the shooting and was one of those rare chapters that simply appeared in my head all ready to write.

After We Fall
Falling
The Affair (Short Story) 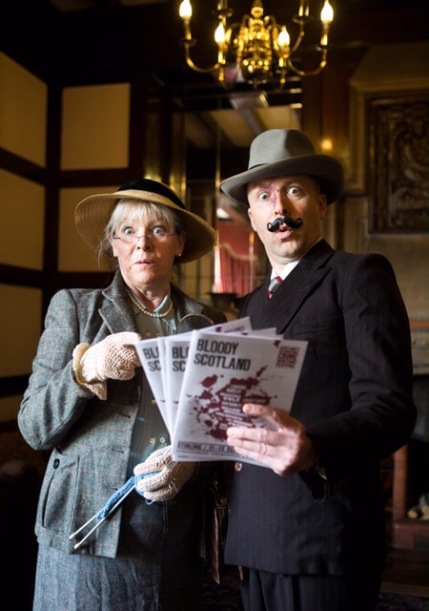 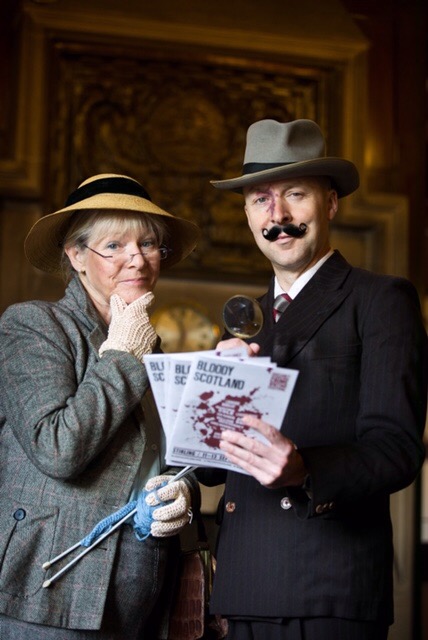 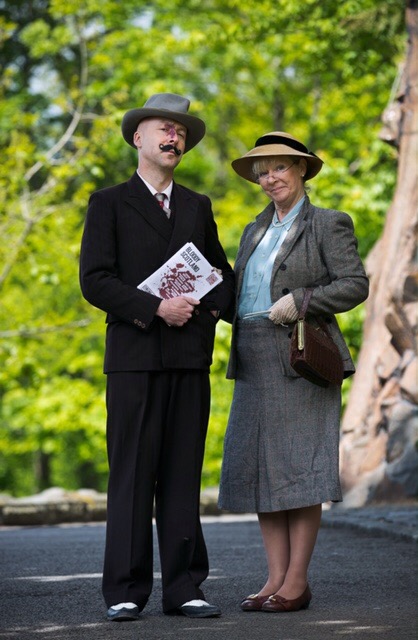 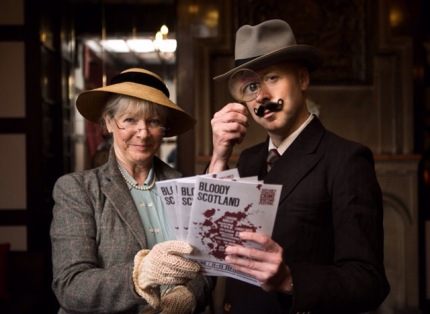 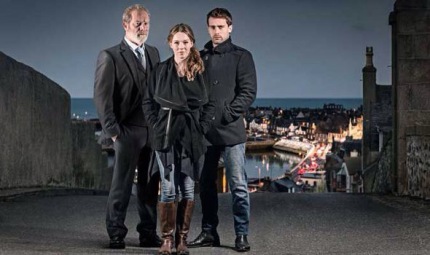 Base on the Iain Banks best selling novel

Set in the fictional Scottish coastal town of Stonemouth, it’s a dark but witty tale of love, loyalty and vengeance.

We meet Stewart Gilmour (Christian Cooke), who two years previously had been due to marry Ellie Murston (Charlotte Spencer, Line Of Duty), but was run out of town by her gangster father Don (Peter Mullan, Top Of The Lake).However, when Stewart’s best friend Callum dies in suspicious circumstances, he returns for the funeral. Back in his hometown, Stewart realises that he still loves Ellie – but her family may be involved in covering up Callum’s death.Stewart doesn’t fit in back in Stonemouth,” says Christian, best known for Where The Heart Is. “But I don’t think he comes back with the intention to investigate his friend’s death and get into trouble.”Ellie is Stewart’s soulmate, but if there’s a chance of them reconciling he knows it’s not going to be at the funeral. His return to Stonemouth is precarious enough.

Catch the 1st episode tonight on BBC One at 9pm

Repeated on Thursday 11th June at 9pm on BBC Two

And the 2nd episode will be on BBC One, Monday 15th June at 9pm

Repeated on Thursday 18th June at 9pm on BBC Two

For more information and exclusives, check ou the BBC website below

If you are looking for a good e book to buy and you don’t want to spend to much money and you love crime fiction, then this is the book for you and it’s only 99p on Amazon Kindle.

James Machie was a man with a genius for violence, his criminal empire spreading beyond Glasgow into the UK and mainland Europe. Fortunately, James Machie is dead, assassinated in the back of a prison ambulance following his trial and conviction. But now, five years later, he is apparently back from the grave, set on avenging himself on those who brought him down. Top of his list is his previous associate, Frank MacDougall, who unbeknownst to D.C.I. Jim Daley, is living under protection on his lochside patch, the small Scottish town of Kinloch. Daley knows that, having been the key to Machie’s conviction, his old friend and colleague D.S. Scott is almost as big a target. And nothing, not even death, has ever stood in James Machie’s way . .

Scotland’s own Robert Carlyle makes his directorial debut with this delightful jet-black comedy about a downtrodden barber whose mundane life is turned upside down when he accidentally turns killer. Carlyle also plays the lead role as mild-mannered Barney Thomson, an old- fashioned barber who is slipping down the pecking order in the Glasgow barber shop where he works. After an accidental killing, he turns to his hilariously fierce mother (a quite wonderful Emma Thompson) for help.

Based on a novel by Douglas Lindsay – the first of seven books about Barney Thomson – the film was shot in Glasgow, with the city a vibrant and vital backdrop to the hilariously black story. Locations include the East End (where the barber shop is located), Shawfield dog track and the Barrowlands, which doubles as the bingo hall where Barney’s controlling mother Cemolina spends quality time. Emma Thompson is a revelation as the mother, complete with Glaswegian accent and a serious amount of make-up to help transform her into a truly memorable character.

The strong cast also includes Ray Winstone (as a fish-out-of-water London copper exasperated by his Scottish police colleagues), Martin Compston (as one of Bobby’s hairdresser rivals) and veteran actor Tom Courtenay (as the police chief baffled by a serial killer who is mailing body parts from a series of different Scottish tourist spots). The Legend of Barney Thomson is a deliriously dark comedy to be cherished…plus, make sure you stay on for the hilarious outtakes over the credit reel.

‘Are you ready to be reborn?’

The search for a missing journalist is called off as a body is found at the scene of a carefully staged murder.
In a sealed chamber, deep in the heart of Gilmerton Cove, a mysterious network of caves and passages sprawling beneath Edinburgh, the victim has undergone a macabre ritual of purification.
Inspector Tony McLean knew the dead man, and can’t shake off the suspicion that there is far more to this case than meets the eye. The baffling lack of forensics at the crime scene seems impossible. But it is not the only thing about this case that McLean will find beyond belief.
Teamed with the most unlikely and unwelcome of allies, he must track down a killer driven by the darkest compulsions, who will answer only to a higher power . . .
‘Are you ready for the mysteries to be revealed?’ 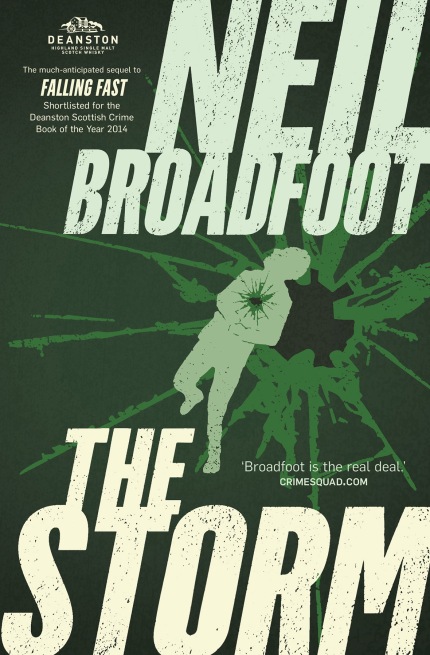 After his editor is murdered in front of him, crime reporter Doug McGregor’s world falls apart. As prime witness, he’s not allowed to investigate the case, and he’s left only with questions and a bloody memory seared in his mind. On top of that, Doug’s ‘friendship’ with his police contact, DS Susie Drummond, is in a weird place right now. So he leaps at the chance to take some time out with an old friend on the Isle of Skye. But when another savage killing occurs, Doug realises that the murders may be linked, and that going to Skye was the best and worst move possible. He’s in the eye of the Storm – and this one could engulf them all.

Washington, DC. Former soldier and elite CIA operative Ryan Drake is heading out for dinner when he witnesses a sniper attack on a crowded freeway.

A motorcade full of Russian Federal Security Force members – in Washington for a top level conference with their US counterparts – has been ambushed. Many have been killed and worst of all, Drake discovers that the leader of the strike team was Anya – the dangerous and enigmatic woman he once risked everything to protect.
Drake cannot believe her capable of such an atrocity but with the Russians baying for blood and tensions rising, Drake and his depleted team head for Siberia to discover the truth. And here he must confront the terrifying possibility that Anya’s betrayal will unmask secrets greater and more devastating than he could ever have imagined.

Louise Welsh is the author of five highly acclaimed novels including The Cutting Room and, most recently, A Lovely Way to Burn. She has been the recipient of several awards. We are thrilled to welcome her to Sauchiehall Street to launch Death is a Welcome Guest, the second novel in the Plague Times trilogy.